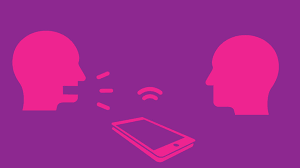 What should you do if you discover your employee has covertly recorded a disciplinary or grievance meeting?

Imagine you have dismissed an employee and you later discover that they have covertly recorded the internal disciplinary meetings. This is what happened in the Employment Appeal Tribunal (EAT) case of Phoenix House Limited v Stockman.

During the Employment Tribunal (ET), the Claimant, Mrs Stockman disclosed that she had recorded the meetings without informing the Respondent, Phoenix House, a charity.

Phoenix House argued that the compensation awarded to the Claimant for unfair dismissal should be reduced on the basis that, had they been aware of the covert recording at the time, she would have been dismissed for gross misconduct for making the recording.

The interest in this decision lies not in the outcome as such but rather in what the EAT had to say about the covert recording.

The tribunal decided that she had been unfairly dismissed and the award was reduced by 10% to reflect the fact there was a ‘low percentage chance’ that she would have been dismissed fairly anyway because she had secretly recorded the meeting disciplinary meeting.

The EAT refused to interfere with the 10% reduction on the following basis:

“The purposes of the recording will be relevant; and in our experience the purpose may vary widely from the highly manipulative employee seeking to entrap the employer to the confused and vulnerable employee seeing to keep a record or guard against misrepresentation.”

The EAT also stated that they “considered it good employment practice for an employee or an employer to say if there is any intention to record a meeting, save in the most pressing of circumstances – and it will generally amount to misconduct not to do so”.

The 2018 decision in Fleming v East of England Ambulance Service NHS Trust also dealt with employees making covert recordings at meetings with their employers. This case decided that the fact that a recording is covert does not mean that the ET will automatically refuse to allow it to be relied upon.

·        Remind employees at the outset of every investigation, disciplinary or grievance meeting that recordings are not permitted.

·        Be mindful of any behaviour which suggests that an employee may be recording the meeting – i.e. a phone on the table.

If there are breaks during the meeting, it is sensible either to ask the employee to wait outside and remove all of their belongings from the room before any deliberation or to ensure that any discussions about the employee are carried out in a separate room.

If an employee disobeys your clear instructions and proceeds to record the meeting, you will be in a stronger position to undermine their credibility and reduce any award made by a tribunal.