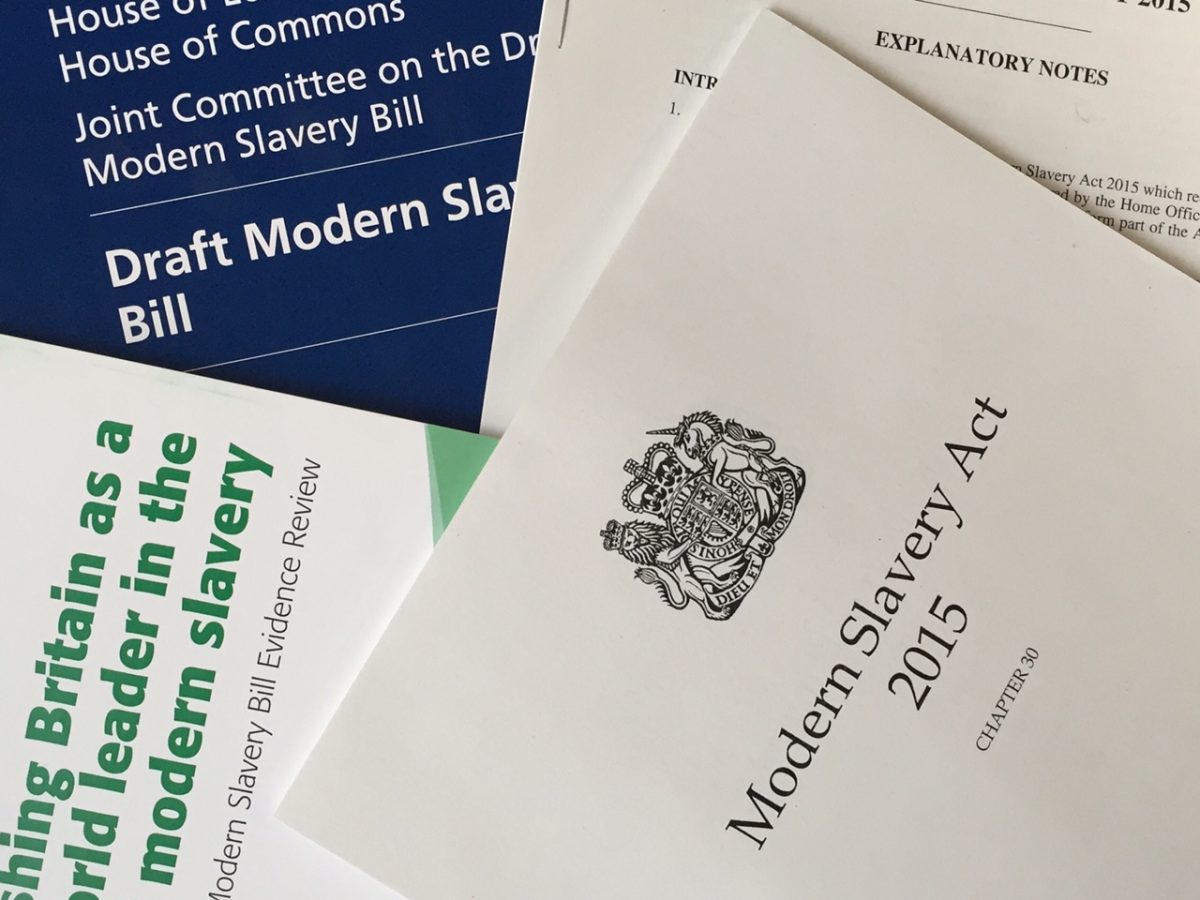 Theresa May has described modern slavery as the greatest social injustice of our time. The UK is unique in legislating on this subject, with the Modern Slavery Act 2015 (MSA). Alongside this legislation, the Home Office produced a dedicated ad campaign to raise awareness of the issue.  To get a flavour of this, their hard-hitting ad “Modern Slavery is closer than you think” can be viewed below.

The MSA requires all commercial organisations, with a financial year ending on or after March 2016, that operate in the UK and have an annual turnover above £36m to produce a Slavery and Human Trafficking statement each year. It’s important to note that this applies to businesses with an establishment in the UK that turn over £36m worldwide; the UK operation could be small, but still will be caught if global turnover of the business is over the threshold.

Levels of compliance to date have not been spectacular. Transparency in Supply Chains (TISC) is a charity committed to ending the practice of modern slavery and they actively monitor the number of companies that are required to publish a statement in compliance with the MSA. As of today, TISC are reporting that 8,727 out of 18,930 companies required to produce a statement are currently in breach of that obligation.

The Government has not yet moved to impose financial penalties, nor to “name and shame” transgressors, but this could happen in the near future. The risk of reputational damage is considerable.

Your business doesn’t turn over £36 million annually so you don’t need to worry about this? Not correct. While it’s true that the legislation only impacts directly on larger businesses, if you are a supplier or service provider to such a business then they may well be getting in touch asking you to confirm that there are no modern slaves working for you (or indeed anywhere in your supply chain).

Increasingly, larger businesses put conditions in their standard contracts that deal expressly with modern slavery. Clauses requiring potential suppliers to comply with their anti-slavery policy and/or include in its own supplier contracts clauses that compel businesses in the supplier’s supply chain to comply with modern slavery policies are becoming more and more common. Some of your larger customers may even wish to visit your site unannounced to satisfy itself that you are complying with their modern slavery policy. Many are even reserving the right to make such unannounced visits in their standard contracts.  Most onerously, customers often reserve the right to terminate the contract immediately if the supplier is in breach of its obligations in relation to modern slavery.

The best advice is to always stay ahead of the curve. If your business provides services or other supplies to larger businesses, then you should start thinking about modern slavery and how to make sure that you will be in compliance with legislation (should it be extended to included smaller business) or your customer contracts.

At Sherrards, we’ve been working with clients on their supply chain analysis and in drafting their modern slavery statements, and we’re happy to assist businesses comply with this important legislation.